A Brief Introduction to Kinesiology 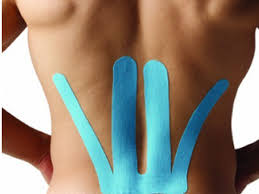 A college student in South Carolina, Andrew Khoury graduated from Oak Hill Academy in Mouth of Wilson, Virginia. Currently a senior at South Carolina's Charleston Southern University, Andrew Khoury is preparing to graduate with a bachelor's in kinesiology. Kinesiology is the study of human movement. Many theories comprising the discipline were pioneered in the early 1960s by Dr. George Goodheart, an American chiropractor, who originally applied his ideas to correct abnormal posture resulting in weakness of specific muscles or muscle groups. His work led to the field of applied kinesiology, which uses a method of muscle testing to identify and treat various issues in the body. Those who study kinesiology as undergraduate and graduate students focus more broadly on the ways in which exercise and physical activity can support overall health and wellness. Kinesiology students learn about both aerobic and anaerobic exercise as well as weight lifting and cardiovascular training. The study also covers general health topics related to anatomy, physiology, and psychomotor behavior. Once they complete their academic studies, kinesiologists can enter careers in various fields, including physical education, athletic coaching and training, and occupational or rehabilitative therapy. In addition to helping people manage and treat physical injuries and other medical conditions, the work of many kinesiologists focuses on preventing injury while helping to improve overall health and physical performance.
Posted by Andrew Khoury in South Carolina at 8:37 PM

Andrew Khoury is a young man of diverse talents who has been studying kinesiology at South Carolina’s Charleston Southern University since 2014. Andrew Khoury is the son of an accomplished neurosurgeon and a clinical nurse, and his brothers are, respectively, an MBA graduate of the College of Charleston and a psychology major at Clemson University.
While attending high school at the Oak Hill Academy in Mouth of Wilson, Virginia, Mr. Khoury excelled on the soccer field, earning multiple athletic awards and serving as team captain during his senior year. As a youth athletic coach, he led Charleston’s Daniel Island Soccer Club to a winning season in 2011-2012. He earned his high school diploma in 2013.
From 2013 to 2014, Andrew Khoury joined his mother and father in the medical field, helping patients arrive safely on time for doctor’s appointments and surgical procedures. He has also served as a heavy-door technician for the Charleston Overhead Door Company and as a boat maintenance professional and marine technician for Charleston’s Captain's Choice Yachting.